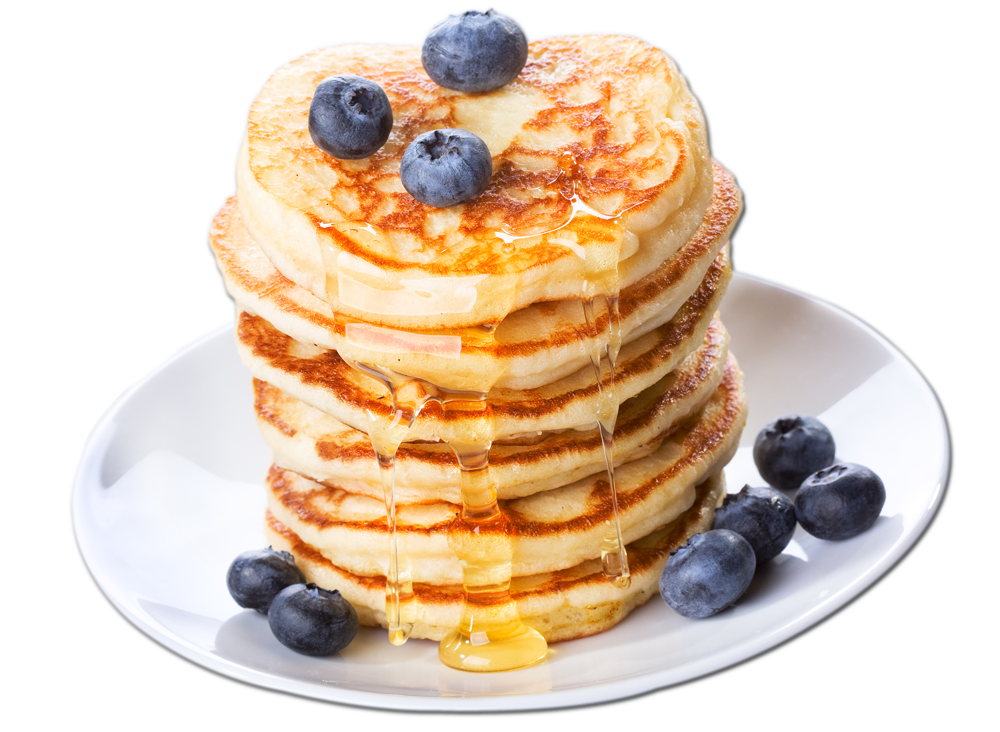 A pancake is a flat cake, often thin, and round, prepared from a starch-based batter and cooked on a hot surface such as a griddle or frying pan. In Britain, pancakes are often unleavened, and resemble a crêpe. In North America, a raising agent is used (typically baking powder). The North American pancake is similar to a Scotch pancake or drop scone.

They may be served at any time with a variety of toppings or fillings including jam, fruit, syrup, chocolate chips, or meat. In America, they are typically considered to be a breakfast food. In Britain and the Commonwealth, they are associated with Shrove Tuesday, commonly known as Pancake Day, when perishable ingredients had to be used up before the fasting period of Lent began.